Bitcoin Halving- All You Need To Know 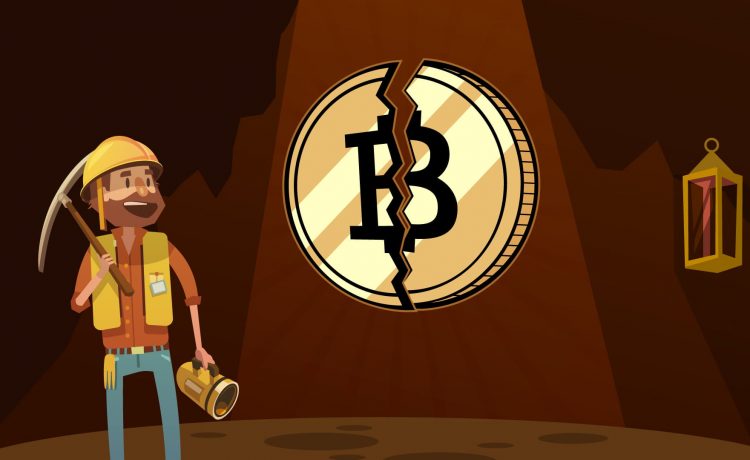 Bitcoin Halving is one of the most important events of the cryptocurrency world. Bitcoin’s most recent halving occurred on May 11, 2020. To understand what a Bitcoin Halving is, you first need to know how the Bitcoin network operates. Bitcoin’s underlying technology, blockchain, basically consists of a collection of computers, or nodes, that run Bitcoin’s software and contain a partial or complete history of transactions occurring on its network. Each full node, or a node containing the entire history of transactions on Bitcoin, is responsible for approving or rejecting a transaction in Bitcoin’s network. The node conducts a series of checks to ensure that the transaction is valid. Bitcoin mining is the process where people use their computers to participate in Bitcoin’s blockchain network as a transaction processor. Bitcoin mining is necessary to maintain the ledger of transactions upon which bitcoin is based. Bitcoin mining is performed by high-powered computers. These computers are tasked with processing Bitcoin transactions by generating a specific hash, and they are rewarded for doing so. A Bitcoin halving event is when the reward for mining Bitcoin transactions is cut in half. It is a  process in which the reward for block mining gets reduced by half, which means that the miners receive 50% less BTC than that of the previous event for the verification of Bitcoin transactions. The Bitcoin fraternity conducts the halving event once every four years. The halving event shall continue to take place until the Bitcoin network generates 21 million Bitcoins which is the maximum amount to be in circulation.  Every event of Bitcoin halving decreases the number of new BTC generated by the Blockchain network. There sets in a limit in the circulation of Bitcoins, thereby leading to a spike in the price of Bitcoin and consequently to a rise in demand. If you seek to gain more information about Bitcoin halving, then read on to find out more about the event right here.  This event also cuts in half Bitcoin’s inflation rate and the rate at which new Bitcoins enter circulation. The bitcoin network introduces new bitcoins in the market by a process called bitcoin mining, which is done by verifying bitcoin blocks or groups of transactions. Every 10 minutes, any miner who is able to verify one block of transactions and is able to add it to the bitcoin network gets rewarded. Currently, miners get 6.25 BTC per valid block mined. But this reward changes roughly every four years, or after every 210,000 blocks are mined and gets reduced by half each time. This whole process is called bitcoin halving.

Both previous halvings have correlated with intense boom and bust cycles that have ended with higher prices than prior to the event.

How Does a Bitcoin Halving Work?

During the process of Bitcoin halving, miners employ expensive and highly advanced equipment for mining Bitcoins and injecting the same into circulation. New Bitcoin gets introduced into the circulation, and the miners receive block rewards which too get halved by every subsequent Bitcoin halving event.  Bitcoin halving began in 2009 with the mining of 50 BTC every ten minutes. It is anticipated that the process of Bitcoin halving shall terminate in the year 2140 or so with a grand total of 21 million BTC in circulation.  After the first Bitcoin halving event, the reward for halving was decreased to 25 BTC, and then it was reduced to 12.5 BTC, followed by another reduction to 6.25 BTC. Every 210,000 blocks mined, or about every four years, the reward given to Bitcoin miners for processing transactions is cut in half. This cuts in half the rate at which new Bitcoin is released into circulation. This is Bitcoin’s way of using a synthetic form of inflation that halves every four years until all Bitcoin is released and is in circulation.3﻿﻿

This system will continue until the year 2140. At that point, miners will be rewarded with fees for processing transactions that network users will pay. These fees ensure that miners still have the incentive to mine and keep the network going. The idea is that competition for these fees will cause them to remain low after halvings are finished.

The halving is significant because it marks another drop in Bitcoin’s dwindling finite supply. The total maximum supply of Bitcoin is 21 million. At the time of writing, there are 18,361,438 Bitcoins already in circulation, leaving just 2,638,562 left to be released via mining rewards.

In 2009, the reward for each block in the chain mined was 50 Bitcoins. After the first halving, it was 25, then 12.5, and it became 6.25 Bitcoins per block as of May 11th, 2020.3﻿﻿ To put this in another context, imagine if the amount of gold mined out of the earth was cut In half every four years. If gold’s value is based on its scarcity, then a “halving” of gold output every four years would theoretically drive its price higher.

How Does Halving Influence Bitcoin’s Price?

One of the primary reasons why Bitcoin halving is significant is because of the effect that the event has on the price of Bitcoin. Most cryptocurrency experts anticipate a bullish trend in the price of Bitcoin post the halving event. However, a supply shock sets in immediately after the Bitcoin halving event resulting in a sluggish movement in the Bitcoin price over the short term. The last Bitcoin halving event took place on 11th May 2020, where the block reward decreased from 12.5 BTC to 6.25 BTC. The decrease in block reward may also have a negative impact on the price as most miners will no longer be willing to participate in the mining process owing to the decrease in incentive for their efforts. These halvings reduce the rate at which new coins are created and thus lower the available supply. This can cause some implications for investors as other assets with low supply, like gold, can have high demand and push prices higher.

In the past, these Bitcoin halvings have correlated with massive surges in Bitcoin’s price. The first halving, which occurred in November of 2012, saw an increase from about $12 to nearly $1,150 within a year. The second Bitcoin halving occurred in July of 2016. The price at that halving was about $650, and by December 17th, 2017, Bitcoin’s price had soared to nearly $20,000. The price then fell over the course of a year from this peak down to around $3,200, a price nearly 400% higher than Its pre-halving price. During the halving in 2020, the price per bitcoin was nearly $8,500, and we didn’t see any significant surge until six months later when the cryptocurrency started a bull run. At the time of writing, every bitcoin is valued at $27,256.

The theory of the halving and the chain reaction that it sets off works something like this:

The reward is halved → half the inflation → lower available supply → higher demand → higher price → miners incentive still remains, regardless of smaller rewards, as the value of Bitcoin is increased In the process.

This process has proven successful twice. So far, the result of these halvings has been a ballooning in price followed by a large drop. The crashes that have followed these gains, however, have still maintained prices higher than before these halving events. For example, as mentioned above, the 2017–2018 bubble saw Bitcoin rise to around $20,000, only to fall to around $3,200.4 This is a massive drop, but Bitcoin’s price before the halving was around $650. While this system has worked so far, the halving is typically surrounded by immense speculation, hype, and volatility, and it is unpredictable as to how the market will react to these events in the future. After ever halving, the price of Bitcoin goes up & if we see the history after every halving, Bitcoin experiences a bull run. If you are planning to invest in Bitcoin, in that case, the Bitcoin Aussie System is an innovative way to invest in Bitcoin, which uses an algorithm that auto trades for their users. To know more about it, you can check Bitcoin Aussie System Reviews.

When Is the Next Bitcoin Halving?

Bitcoin halving takes place every four years. The last halving event was in May 2020, and so the next event is scheduled to be held in the year 2024. In 2024, the fourth Bitcoin halving event shall take place, and the event will result in the reduction of the block reward from 6.25 BTC to 3.125 BTC.

What Happened When the Last Time Bitcoin Halved?

A bitcoin halving is an event where the reward for mining new blocks is halved, meaning miners receive 50% fewer bitcoins for verifying transactions. Bitcoin halvings are scheduled to occur once every 210,000 blocks – roughly every four years – until the maximum supply of 21 million bitcoins has been generated by the network.

Bitcoin halvings are important events for traders because they reduce the number of new bitcoins being generated by the network. This limits the supply of new coins, so prices could rise if demand remains strong. While this has happened in the months before and after previous halvings – causing bitcoin’s price to appreciate rapidly – the circumstances surrounding each halving are different, and demand for bitcoin can fluctuate wildly.

Bitcoin halving is not only important but also unique. The event leads to the formation of a closed economy where the fee of verifying every Bitcoin transaction works like taxes. Cryptocurrency specialists believe that it will take at least a century for the Blockchain network to generate the last BTC token through mining. There will also be a steep decline in the block reward level that will force many miners out of business. However, Bitcoin halving shall continue to remain significant for cryptocurrency traders and investors across the globe.