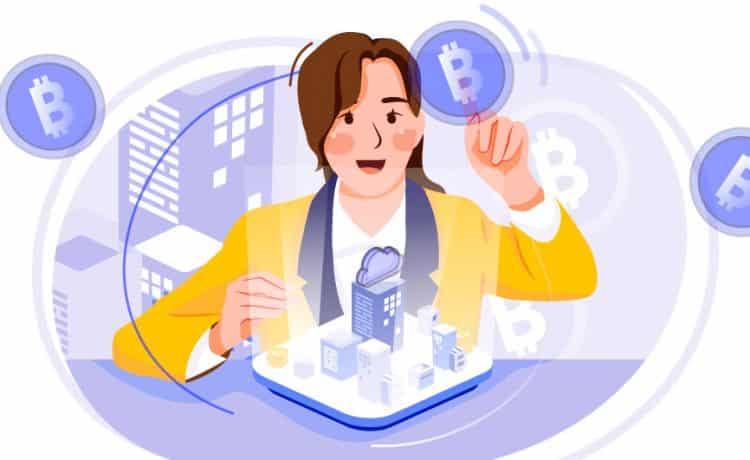 Bitcoin is a decentralized digital currency that allows users to buy, sell or exchange it directly, without any financial intermediary. According to Bitcoin’s creator, Satoshi Nakamoto, bitcoin was created originally to serve as “an electronic payment system based on cryptographic proof instead of trust”.

How Do Bitcoin Transactions Work?

Thus, as soon as a person installs a bitcoin wallet on his computer or mobile, it will generate his first Bitcoin address, and he can create even more whenever he needs one. This is called the public wallet address that can be shared with friends and family to pay or vice versa.

Sending or receiving bitcoins is relatively easy. All the user needs to do is install a bitcoin wallet first so that it becomes easier to store the bitcoin, and hence sending or receiving bitcoin becomes hassle-free. The Bitcoin wallet is used to select the type of currency (here bitcoin) a user wants to send, write the recipient’s wallet address, enter the amount he wants to send, pay the transaction fees (if any), and then click on the ‘Send’ button.

How Does Bitcoin Make Money?

The easiest way to make money with bitcoin is through a process called ‘mining’. It is a process by which new coins (in this case, bitcoins) are created, and each transaction information is verified before they are added to the bitcoin blockchain. The process is performed by high-end computers that solve complex mathematical problems before each transaction is recorded. Miners are rewarded with Bitcoin as an incentive for adding a new block of transactions to the bitcoin blockchain.

Bitcoin mining requires robust processing power and specialized equipment, and therefore a lot of money is spent on electricity. Those who cannot afford a large mining rig can join a mining pool and combine their processing power with other miners to make money from mining.

Then there are other ways to make money through bitcoin.

2) Bitcoin lending – Some websites allow bitcoin owners to lend their bitcoins at an interest rate of up to 15%.

3) Bitcoin faucets and micro-jobs– Some websites pay out small amounts of bitcoins and accomplishments of certain tasks like testing a plugin, retweeting a post, or completing a captcha.

Can Bitcoin Be Converted to Cash?

Yes, bitcoin can be converted into cash in the following ways:-

1) Through an online cryptocurrency exchange that allows users to sell Bitcoin for USD, EUR, etc. or any other local fiat currency.

2) Bitcoin ATMs have bi-directional features that allow users to purchase or sell Bitcoin for cash.

Whether a beginner to the cryptocurrency market or an experienced trader, bitcoin opens up numerous ways for everyone to make money, but at the same time, there are risks of varying degrees associated with every step. Therefore, it is important to assess the risk level before taking a plunge into the crypto market.