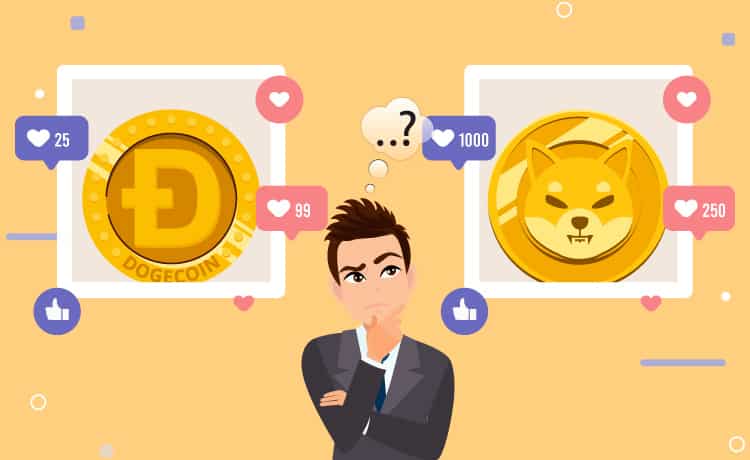 The books show that Shiba Inu has clearly been performing well recently compared to its Nemesis. Even a steep stumble recently in the market capital could not obstruct the growth of the Shiba Inu community. On Twitter, the SHIB community reached 13 million followers, larger than Ethereum on whose blockchain this meme-coin operates. But, how did this internet joke manage to accomplish its objectives and gain such popularity in the market? Let us see about it in this article.

What Is Shiba Inu Coin and How Does It Work?

Shiba Inu is a cryptocurrency protocol built on the Ethereum blockchain. The Shiba Inu ecosystem consists of multiple coins of which the $SHIB token is considered foundational. $SHIB token, when it hit the market, self-proclaimed itself to be the ‘Dogecoin Killer.’ Since then, the rivalry between the two dog coins has been brewing harder than ever every day.

Shiba Inu is an ERC-20 token running on the Ethereum blockchain. SHIB adapted the DeFi system of Ethereum against Dogecoin, which principally uses the model of Bitcoin. Smart Contract System, the technological edge of Ethereum, also enhances Shiba Inu transactions with an automated infrastructure.

The top dog of the meme-coin family, Dogecoin is the first example of Internet jokes turning into real things in the crypto world. Starting as a joke based on the ‘Doge Meme’ in 2013, Dogecoin showed exponential growth in the last few years.

The success partially owes much to the impetus given by prominent personalities like Elon Musk. Although 2021 has not brought any significant blow to this meme-coin, it has lost the race with Shiba Inu. Shiba Inu has become the most viewed cryptocurrency of the year, pushing Dogecoin to the back.

Shiba Inu tops the survey for the most popular coin of the year 2021 by CoinMarketCap.com. The coin did not just beat the meme counterpart, but the king-crypto itself with a staggering 188,019,378 views this year.

Last year has proven to be a fruitful year for Shiba Inu which managed to soar closer to Dogecoin before hitting the bottoms towards the end of the year. Also, In 2021, Shiba Inu reached its all-time best exchange value of $0.000088. The 60% fall of SHIB in the market is shrinking. As per the Shiba Inu forecast, the coin would likely recuperate in the first three months of 2022.

Pros and Cons of Shiba Inu

Popularity could not always be a viable criterion for investments. In the case of the meme-coins, Shiba Inu has won the race for popularity in 2021. However, the future of these coins depends on the substantial plans and designs they implement. Shiba Inu reportedly has plans for a venture into metaverse and gaming along with the layer-2 Shibarium in 2022. With the founders not on board, we are yet to see Dogecoin’s plans for the upcoming year.