Is Bitcoin Backed By Anything? 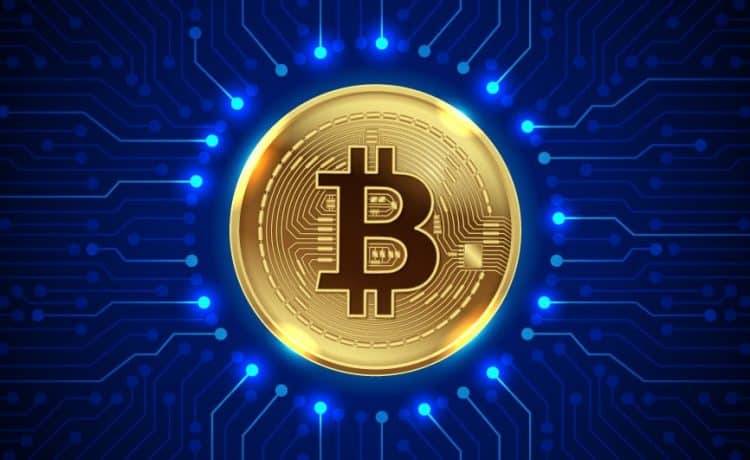 Bitcoin is a virtual digital coin, and for most people does not exist in the physical world and nothing that it is attached to. Is Bitcoin backed by anything? But before going on any further, let’s look into the aspect of fiat money.

How are Regular Currencies Backed?

If one owes another person a debt amounting to 10 pounds in the UK, that person will accept it without hesitating. That is how all purchases take place. But what gives acceptance to ten pounds as seven? Well, it has been going on ever since the fiat currency came into play. If you look at the bottom of the note, it says I promise to pay the bearer on demand the sum of ten pounds, so if one took it to the Bank of England (federal or central bank), you would get another 10 or currency to sum it up. The earlier currency was backed by gold. You could exchange it for the equivalent of gold or gold sovereigns that you could collect and take home. Bretton woods had attached the UK currency with the US dollar in 1944 and all the 44 members. The US put in a gold standard keeping gold level to the dollars that they issued. In 1971 unmaintainable and President Nixon pulled out the gold backing and instead converted all the currencies to fiat currencies that existed globally. The fiat currency does not have a backing and is dependent on the confidence of people.

Confidence is required to keep the system going, which is effectuated by banks and governments or extreme power individuals. The trust of people in these authorities keeps the spending power going, and that is how the system works. The piece of paper of ten pounds comes in handy to purchase or settle debts with authorities’ inflation levels at play. The fiat system works no matter what part of the world you travel to and is most reliable.

Blockchain is a distributed ledger. It is like a database and is not controlled by any central authority, including a giant firm like Google, or a small enterprise, or even an individual. The ledger is spread over multiple computers located worldwide, and anyone having an internet connection can run it. Principally, blockchain is a ledger, and data is added to it in real-time and updated with the help of consensus of individual separate nodes that run the software in the system or network. But unlike a database, once the data is added, it is not possible to remove it or even edit it.

Now let us look into what is a chain? Block is made of a list of data, and the chain is a stack of data continually that grows in a span. If a transaction is deeply embedded in a blockchain, which means- initially in the chain’s history, then it becomes next to impossible to alter it. This makes blockchain a unique and appealing medium to store data that is valuable.

Recalling how fiat currency works and they are not backed by anything, so Bitcoin would work in a similar situation if a few conditions were met. A global system functions based on confidence, though it may get hit by inflation or devaluation still kicks back. Like the 10-pound note, if we were to offer Bitcoin instead to buy goods or settle a debt, some folks who are familiar with it would accept it while many would simply draw a blank, and yet others may decline though they would be familiar. Bitcoin has little standing, as opposed to fiat currency, and is considered lower, and it will continue to be so for a while.

Is It Worth Investing in Bitcoin?

Bitcoin has a few advantages over fiat that are not obvious immediately. It is backed by some real factors that are just confidence. It functions on a secure and safe network built on unchangeable, incorruptible, and unbreakable math. Human unreliable-factors do not influence it. It is closed and a system that checks itself. It cannot be influenced by central governments, an individual, or a nation at any time. It is a store of a deflationary value system that transacts in absolutes and is designed to prevail. Unchallengeable secure data support the transactions. That is why Bitcoin has never been hacked. Bitcoin cannot fail as it is based on rules of mathematics, which can’t fail. And one can check the blockchain for the validity of a transaction, which is accessible, being a public ledger.

It is a concept unfathomable as people like to view something physical at the end of it all. Architectural forms, engineering, aircraft, and almost everything that we use daily are backed by mathematics, but what makes it real is that it exists physically. Bitcoin outputs flawless blocks of mathematical information that form the root of all transactions. The transactions are virtual and can calculate beyond the human grasp. Bitcoin is a virtual and transparent system that is accessible for inspection by anyone at any time of day or night. Now, investing in Bitcoin is considered as a better investment rather than investing in gold or other commodities as the Bitcoin price is touching new heights every day. Also, some experts have predicted that the value of Bitcoin may reach $100,000 shortly. However, Bitcoin’s price roller-coaster ride continues but by any chance, if you ever plan to invest in Bitcoin. In that case, Bitcoin Pro is an automated trading platform for crypto trading that uses an intelligent trading algorithm that scans the crypto market. To know more about this, you can check the Bitcoin Pro Reviews.

The current system of fiat currency still works in a world that is becoming digital even though it has no backing. Bitcoin will eventually be the next practical step in evolution in the financial world. But since the confidence in Bitcoin is lower, currently, there is time for that reality to shape up. But it is just a matter of time before the unbeatable mathematically powered to be unchangeable, unfailing, incorruptible, and unbreakable transaction means, checkable on the public ledger, will gain confidence.