How Does A Bitcoin Transaction Work? 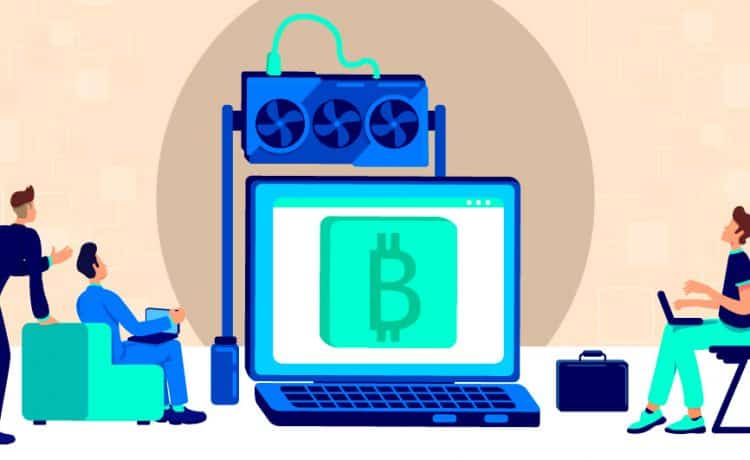 When the mysterious Satoshi Nakamoto introduced Bitcoin in 2009, the goal was clear – to create a virtual asset that can take over traditional currencies in every aspect. Bitcoin entered the financial markets to disrupt traditional transaction systems. Bitcoin uses sophisticated blockchain technology to solve the issues prevalent in handling fiat currency transactions, including privacy, security, fees, and control.

The beauty of Bitcoin lies in the fact that it can be bought as an asset, spent like a real currency, and traded against all currencies, stocks, and commodities. It also acts as a trustless peer-to-peer payment network that conceals the Bitcoin user’s identity. Bitcoin transactions are more complex behind the scenes than you might think. You rarely send an amount of bitcoin in one go. Instead, your bitcoin wallet and the bitcoin network have to go through a set of steps to ensure that the right amount of electronic money gets to the recipient. As this year started, Bitcoin price is touching new heights every day. Also, some crypto experts predicted that the value of Bitcoin might reach up to $100,000 in the near future. However, Bitcoin’s price roller-coaster ride continues but by any chance, if you plan to invest in Bitcoin. The Bitcoin Circuit is an automatic trading platform that anyone can use for buying and selling cryptocurrencies & it also works with different types of cryptocurrencies. To know more about Bitcoin Circuit, you can read the experts’ reviews on Bitcoin Circuit. Here in this article, you’ll get to know, how does Bitcoin Transaction work?

Since Bitcoin is a virtual currency, transactions can happen only in the online space. Whether someone is buying it or selling it or trading it, everything goes public on the Blockchain network. Blockchain is a decentralized digital ledger that records Bitcoin transactions in a block. This series of blocks is called the blockchain.

Every Bitcoin transaction has three components – input, amount, and output. Here, the input is the sender’s public address, the amount is the Bitcoin numbers they want to send, and the output is the recipient’s public address.

How Does The Bitcoin Transaction Work?

The next step in the Bitcoin transaction is authenticating the transaction encrypted by cryptographic keys (hashes). It begins with the sender digitally signing the transaction (digital signatures) using their private key. The transaction is then distributed over the blockchain network for verification. The validation process involves blockchain members checking if the sender has the minimum Bitcoin to send, ensuring that the same Bitcoin address and the amount have not been shared with someone else, and matching the private key with the corresponding public key.

Upon receiving the confirmation from each of its member nodes, the Bitcoin transaction is added onto the blockchain. It will now be available for the recipient to acquire. In the crypto community, this transaction validation method is termed mining.

There are a couple of things to keep in mind when making Bitcoin transactions. First, one should keep their private key safe, and second, they must change their public address after every transaction.

Why Do Some Bitcoin Transaction Confirmations Take So Long?

How Much Are Bitcoin Transaction Fees?

Bitcoin can incur nominal fees during transactions. In most cases, users can set a transaction fee with their Bitcoin wallet provider, while in other situations, it might depend on the amount of data making up a transaction. Many wallets allow users to manually set transaction fees.  Any portion of a transaction that isn’t owed to the recipient or returned as ‘change’ is included as a fee. Fees go to miners and can be used to increase speed on confirmation by incentivizing miners to prioritize your transaction(s).

The Bitcoin transaction fees charged to the user are used to reward miners for confirming the transaction.

We all know how easy it is to buy, sell, or trade Bitcoin but show less interest or remain unaware of what happens behind the scene. You will now have a clearer idea of how Bitcoin transfers work from this post, why it takes longer to validate them, and where the transaction costs come from and go. Now that you have a deeper understanding of how bitcoin transactions work, you’re ready to begin trading at full capacity. What’re you waiting for?