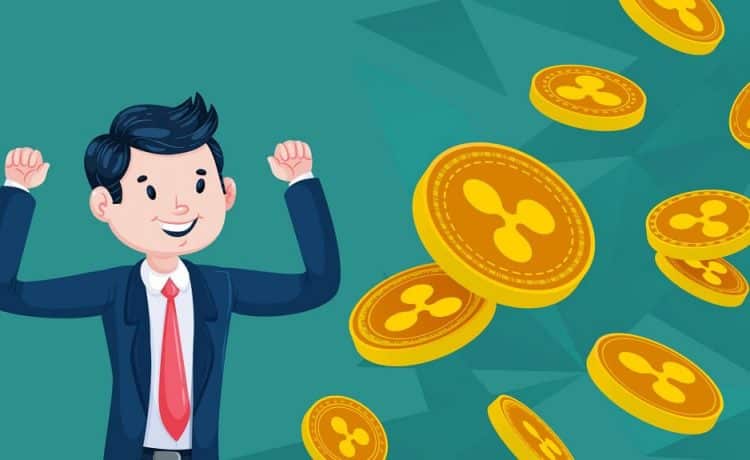 Cryptocurrency has been the subject of interest for investors since its invention for many reasons. The potential to disrupt the traditional payment system while keeping transactions secure and instant at the same time has been a prominent quality of cryptocurrency. Ripple entered the crypto market with lots of speculation but managed to gain a foothold in a world already dominated by Bitcoin and Litecoin. It is now the fourth-largest cryptocurrency after Bitcoin, Ethereum, and Tether in terms of market capitalization.

Ripple should not be mistaken for just a cryptocurrency. It works as a global digital payment network. XRP is the native cryptocurrency of Ripple that works more like a token. It is not for commercial use but can be bought anyway. The whole notion behind introducing Ripple was establishing a decentralized payment network known as the RippleNet to verify international financial transactions.

Other than cryptocurrencies, Ripple allows the transfer of fiat currency and commodities like gold via XRP. Because of its ability to facilitate frictionless cross-border transactions at an unimagined speed (averaging at four seconds) and minimal fee, Ripple is way ahead of the crypto leader Bitcoin and other popular payment systems, such as the Society for Worldwide Interbank Financial Telecommunications (SWIFT). Now that you have some background on Ripple let us take a look at its history, creation, and how to use it to make money.

Ripple’s history dates back to 2004 when Ryan Fugger came up with the concept of developing a peer-to-peer payment network that would remove the reliance on banks for international financial transactions. He then went on to start the project RipplePay in 2005. However, the idea could not go further until in 2011 Jed McCaleb, founder of the Bitcoin exchange Mt. Gox approached Fugger to fix vulnerabilities in Ripple’s architecture.

In 2012, McCaleb collaborated with E-Loan chief executive officer Chris Larsen, and together they started working on the Ripple Transaction Protocol. The protocol aimed to establish a decentralized payment system where transactions are checked utilizing a consensus mechanism. To continue with their idea, they co-founded the private, for-profit company OpenCoin Inc., which was later named Ripple Labs Inc., in 2013. Upon listening to their digital currency idea, Fugger handed over the Ripple project to McCaleb.

How Was Ripple Created?

The involvement of McCaleb and Larsen in the Ripple project had turned it into reality. In 2012, McCaleb, PolySign president Arthur Britto and WebMaster chief technical officer David Schwartz created the crypto token, Ripple or XRP.

They succeeded in creating a digital transaction system that, unlike Bitcoin, does not rely on blockchain technology. Instead, to verify transactions on its network, Ripple adopted a distinctive approach in which every node of the system must agree to every transaction.

Ripple is built on open-source distributed ledger technology and is efficient enough to replace SWIFT. This quickly soon garnered interest from the banks. Since then, the Ripple project has secured millions in venture capital from angel investors and as per Ripple prediction, it witnessed a significant growth in its value.

What Gives Ripple Its Value?

Fugger envisioned building a digital payment system that transfers, receives, and exchanges anything of value in the form of tokens, thus creating an Internet of Value. Ripple is unique in its concept of allowing financial institutions to conduct cross-border transactions in fiat currencies instantly and at substantially low costs.

Ripple primarily targets the institutional market and finds its core user base in institutional users and individual investors. Ripple benefits from:

These features allow for the instant, cost-effective, and secure transfer of assets globally, thus adding value to Ripple. No surprise why institutions, such as IDG Capital Partners and Cambridge Global Payments, have heavily invested in Ripple.

What Are the Best Ways to Make Money With Ripple?

Ripple sees price fluctuations similar to other cryptocurrencies. The highest value it has ever attained was $4 per XRP. If you are looking to invest in Ripple, here is how you can do it:

Ripple is both an institutional and individual cryptocurrency, and hence it can be traded, bought, or sold. There are various ways to trade Ripple, such as:

HODLing is a popular crypto investment method to leverage from volatility. Buying and holding Ripple for the long term can generate profits over time.

Advertisement is an aggressive tactic used by Ripple to promote XRP. Instead of trading or investing, users can earn Ripple by simply watching Ripple advertisements.

The overall concept of Ripple is to revolutionize the banking and payment industry. Its adoption helps financial institutions make real-time gross settlements of remittances using the RippleNet safely and cost-effectively. Furthermore, the lower price of Ripple makes it desirable crypto for investment among small investors. Ripple’s evolution is a significant achievement, especially given the emergence of Bitcoin as a peer-to-peer payment network. Ripple has seen a dramatic increase in its prices following the Bitcoin bubble in 2017. Being a centralized cryptocurrency with a streamlined approach toward bringing a paradigm shift in the established global payment system, so as per Ripple news today, Ripple will be the next big thing in the ever-expanding crypto industry.