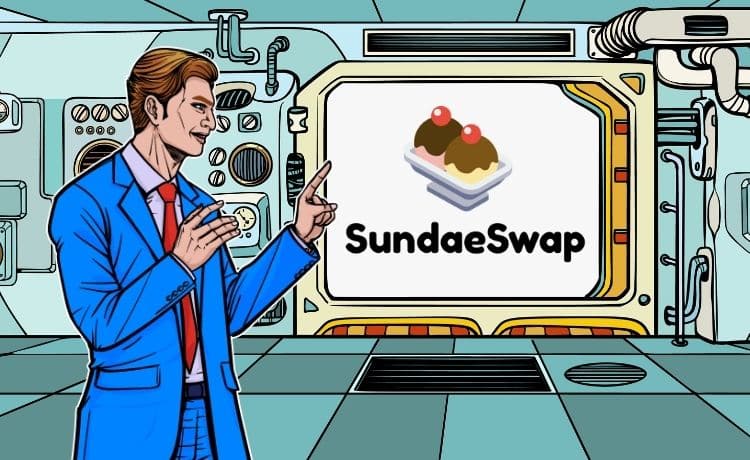 SundaeSwap is a native exchange platform built to run on the Cardano blockchain. This new project is designed to focus on the issues of scalability and bring automated solutions for liquid assets. This AMM-powered exchange platform is a joint venture by three reputed firms from different streams; cFund, backed by IOHK and WaveFinancial, Alameda Research, a crypto trading agency founded by Sam Bankman-Fried, and Double Peak Group, an investment firm focused on virtual currencies and blockchain technology.

The SundaeSwap project was built on the Cardano blockchain due to its ability to address issues that bother the industry today. The Cardano chain is founded and run by an NPO and takes more initiatives for the transformation of the real world. As a result, the DEX platform would have much better real-world applications on Cardano compared to other chains that focus exclusively on cyberspace. This Project has launched its testnet earlier and received and received some distress calls from the community for the poor performance.

The earlier announcement from the project asked the community to be prepared for a big surprise this month. The followers of the project were quick to figure out that the surprise was likely the launch of the mainnet. To prove this speculation, the SundaeSwap developers have earlier launched the mainnet load test to see how it performs in practical situations. However, the test shortly received calls from all the corners pointing towards how poor the performance has been. During 40 minutes of the test, the SundaeSwap Scoopers performed approximately three scoops per minute. The performance rating was way below the expected seven scoops per minute.

Now, after over a month from these tests, SundaeSwap has successfully launched the mainnet on the 20th of January. But the first week has been a stumbling ride for the DEX platform, thanks to network congestion. From the developers’ side, it would be impossible to predict how the traffic on the network would be in just a week since the launch. And they released some reminders for the users to go through the initial difficulties.

The community and expectations for the DEX project would be the main reason for network congestion after the launch. However, it was assured that the transactions would be processed if they were received. Furthermore, the platform would also have options for canceling the transactions before they are processed. Nevertheless, the effects of congestion would not last long as the development team is constantly working on input and output solutions for better performance. Soon the users can expect a series of improvements from SundaeSwap.

The launch of the popular SundaeSwap mainnet has sent ADA coin price prediction to the moon. If the platform manages to answer the distress calls successfully in the future, the predictions could be realized with much more ease.