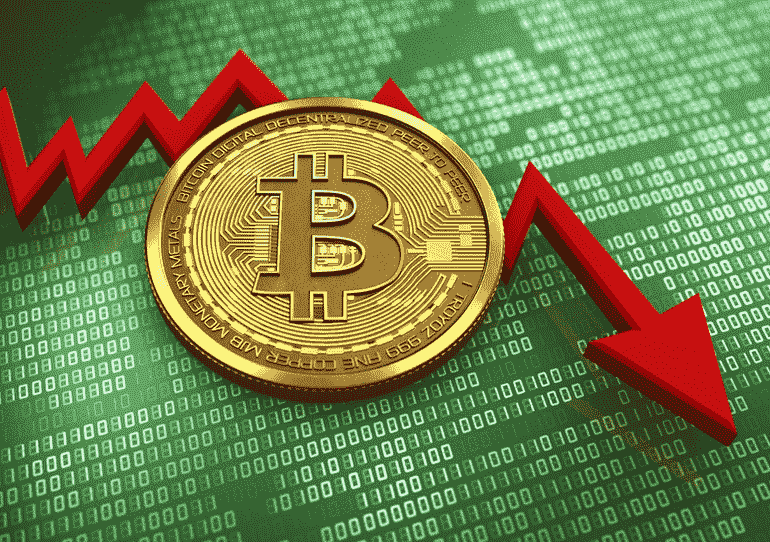 Currently, Bitcoin is experiencing the fluctuations of the market and is making the investors nervous with the highs and lows. But the bitcoin believer says that the technology such as this is still capable of changing the world.

It was just back a few months when Bitcoin reached $20,000 and seemed like just the right thing to invest. There was the frenzy when people started wondering if it could also replace the safe gold deposits in no time. Companies were lining up to make the general public into investors for the cryptocurrency.

Today bitcoin is going through a rough downhill where one bitcoin values only $6,500 and all the expectations are cut off. But there are some optimistic investors and the general public who roots for bitcoin to rise again.

Such is the world of cryptocurrency. The managing partner of Ausum Ventures investment firm, Jeremy Gardner says that “hyper growth followed by heavy correction isn’t new.” He believes that he has seen the price drop from a great high to unexpected lows from time to time and this is what creates the cryptocurrency market. But there are always the chances of it going back up soon.

It was only two weeks ago from today that Bitcoin saw a considerable rise at $8,000 and the investors cheered for the lows to be over. However, today bitcoin has reached the new low of the year, marking at just $6,300. It has still created a general opinion of it being back on its chart up soon again.

The co-founder of DataTrek Research analysis firm, Nick Colas, says that he is observing bitcoin since 2013 and the fluctuations that we are observing over the weeks aren’t entirely concerning or surprising for that matter. It is the part of digital currency and its relation to the people and their views regarding the same.

Colas remark that the market psychology and the reaction of people to bitcoin is the main driving factor behind the bitcoin. Even though it is still in the early adoption stages and is hard to assume anything strongly, people are still skeptical over its use and value among the technology.

For the investors and the public, the rise and fall of bitcoin is the main concern. But the U.S. regulators are deciding the factors that would be necessary for using bitcoin to buy and sell assets. It marks the market confidence in bitcoin which is not going to disappear anytime soon.

As for a reason behind the latest bitcoin decline is whether the Securities and Exchange Commission grants the use of bitcoin for an exchange-traded fund. If agreed, it will allow the general masses and investors to track the bitcoin price without owning the currency.

The price fluctuations of bitcoin suffer majorly from rumors, new financial tools, trading requests and most of all, the public opinion towards it. So when no one was ready to trade it the last year, Chicago exchanges traded bitcoin contracts and that is how it got back on the wagon. The Google Trends chart also measures the spike in web searches related to bitcoin in current time which can be according to the public mood.

It is true that some of the bitcoin believers also see the cryptocurrency price as a distraction as the main purpose of bitcoin is its potential to change and bring necessary growth in the technological economy and the global finance industry. Those who bought the currency even before it reached top among the charts believes about the efficiency of the bitcoin as a long-term effect which is the entire concept behind the existence of bitcoin.

So is the efficiency of the blockchain, which is a digital public ledger that allows its people to trade exchanges and digital currencies safely and securely without having to go to the bank. Both blockchain and cryptocurrency will soon be a “necessity” by the ever-growing economy of the world.

The host of CNBC Cryptotrader Ran Neu-Ner says that this might not be the lowest crash ever. He says that it won’t be surprising to see bitcoin levels go even more down in the coming years but yet strongly believes in a sustained future place for the currency.

He further says that it is still a young yet promising technology that will fluctuate even more before it finds its solid ground among the public opinions and the digital market. He clearly mentions that bitcoin, or any other cryptocurrency, for that matter isn’t for those who are looking for a way to make quick money. It takes patience and long-term investment to see the results, and even then it may not meet up to your highest expectations.

So for those investors who planted money in bitcoin the previous year and are unsure about the future results should consider revaluating their plans and decide whether they stand for long-term digital plans. You will need to learn to “hodl” (hold in bitcoin community) and sell them if you aren’t ready.

But Ran Neu-Ner suggests “once you understand the beauty of an asset, which will be transferable to anyone without any interruptions and be able to create smart contracts, then you will have the complete knowledge of the cryptocurrency workings.” Even buying a small amount of bitcoin will be able to teach you the basics of this amazing technology, Neu-Ner adds.

Ran Neu-Ner concludes that even though the market is experiencing over-selling, it can soon expect recovery. There might be a rock bottom yet, but there will soon be better days for the investors.