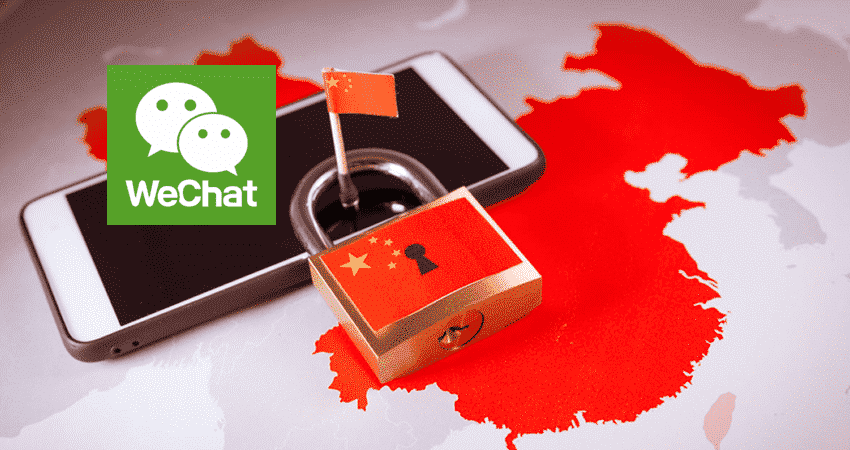 China has executed strictest policy against all those public news run and broadcasted on WeChat, one of the messaging app powered by Tencent as of 21st August 2018. Tencent is assisting Chinese authorities to provide all those public accounts that run updates and news about the blockchain technology and cryptocurrencies. Almost nine public accounts have been closed that provided crypto-based news. Coindaily, Huobi Zixun, Shenlian, Caijing are amongst those renowned public accounts that was running crypto news.

According to WeChat (link in Chinese) said in its statement that some public accounts already violated China’s regulations by introducing instant messaging services (link in Chinese). They were also accused of coming up with their initial coin offerings (ICO) by spreading rumors on cryptocurrency trade.  Needless to say that China is renowned for its cryptocurrency. After restricting crypto trade and ICOs, the country’s central bank would explore to introduce its own digital currency. While using WeChat to execute the strictest policy against crypto trade and blockchain ecosystem, the authority is considered to have a transparent governing system in place.

Wang Peng, Founder of Shenlian, commented that “We’ve sensed the strictest coming half a month ago, and have prepared for it, but we weren’t able to escape it,” “This is the beginning of Shenlian and our chance. We will be 100 times better than what we are now.”

Let’s not forget that China is the second largest economies in the world trailing the USA. If anyone wants to know about the crypto trade and blockchain, that must be learned and practiced through the official channels. China is accepting and applying the new age technology – Blockchain ecosystem however in an ethical manner!!