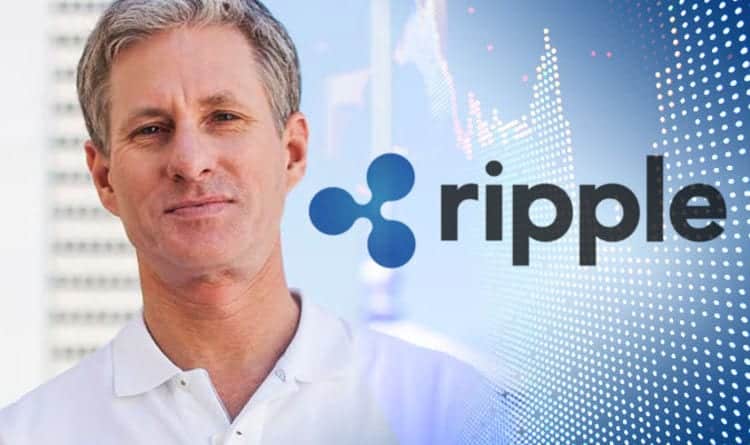 Ripple’s co-founder Chris Larsen made his way to the 383d place in the Forbes 400 list of the wealthiest people on Earth and became the wealthiest person to earn his fortune through cryptocurrencies.

Forbes published its latest list of the 400 wealthiest people on Earth, where Chris Larsen takes 383rd place with an estimated net wealth of $2.1 billion. First place is occupied by Amazon’s CEO Jeff Bezos, who finally wrenched the leadership from Bill Gates.

Chris Larsen appearance in the Forbes 400 list is remarkable in that he is the only person in the list who made his money on digital assets. Being a co-founder of Ripple, he owns a share in the company and about 5.19 billion XRP tokens.

While $2.1 billion sounds like a whole lot, it is more than ten times smaller in comparison with his net wealth at the beginning of the year, when Ripple’s XRP was changing hands at $2.39. At that time, Forbes estimated Larsen’s fortune at $37.3 billion.

XRP has lost over 75% since the beginning of the year, erasing the net wealth of Ripple’s founders. Ripple’s current CEO Brad Garlinghouse net wealth reportedly amounted to $9.5 billion in January; however he failed to make his way to the list as due to cryptocurrency market volatility his capital dropped below $2.1 billion, the minimal amount to qualify for Forbes 400.

However, both Larsen and Garlinghouse are well positioned to increase their net worth in the nearest future if Ripple’s cryptocurrency-based technology xRapid launch announced in late September, lives up to expectations and gain wider adoption among traditional financial institutions. The announcement triggered XRP’s breakneck growth. While the momentum proved to be unsustainable, the coin has an excellent potential to resume the upside movement once xRapid adoption gains traction.

Forbes published its first-ever Crypto Rich List in February 2018, which contained 20 wealthiest people in cryptocurrency industry. Ripple’s Chris Larsen topped the list with net worth of nearly $20 billion at that time. Ethereum’s Joseph Lublin and CEO of Binance Changpeng Zhao took the second and the third place respectively.

Forbes, the business magazine popular for its billionaires list, has made its first compilation of the 20 richest people in the cryptocurrency space. This market has grown exponentially since September 2017 but has entered a massive correction since January 8. During the expansion phase, several people became multi-millionaires and even billionaires.

Currently, the total crypto market capitalization is estimated at $384 billion, which is based on the value of almost 1,500 digital tokens. The market has lost more than half since hitting the record high of around $829 billion. Given the high volatility of crypto assets, Forbes has provided ranges rather than precise figures. It’s worth mentioning that the magazine put together its crypto rich list when the total market cap was about $550 billion. This value was recorded on January 19, 2018.