Pros and Cons of Zilliqa 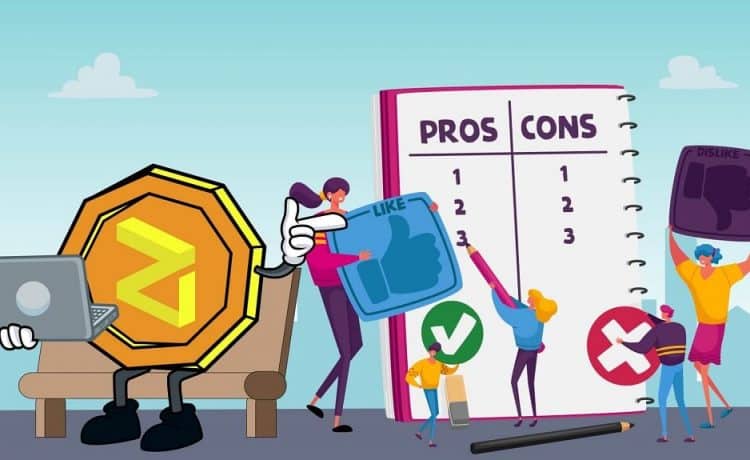 Zilliqa, the world’s first public blockchain, was developed entirely on sharded architecture. It is a secure, scalable, fast, low-cost, and decentralized blockchain. It is also a permissionless, public blockchain designed by experts. Zilliqa has fixed the blockchain scalability and speed problems by implementing sharding, which enables thousands of low-cost transactions in seconds, and has led to the creation of secure and safe smart contracts, using the Scilla language. The mainnet (distributed ledger technology) of Zilliqa was launched in January 2019. Zilliqa has its pros and cons.

Zilliqa is considered the 27th largest cryptocurrency in the market. Many post-launch developments have also been seen on the platform. The total supply of Zilliqa is capped at 12.6 billion, with over 7.35 billion ZIL tokens already in circulation. According to the ZIL coin price prediction, the price is expected to rise to twenty times the current valve. The price of the ZIL token was 0.0038 USD at the time of the Zilliqa ICO.

The current price of ZIL is $0.1406, and it looks quite promising according to the ZIL coin price prediction for 2021. At the beginning of January 2021, the ZIL coin was traded at $0.08. Then, the price of the ZIL coin started to elevate due to the attention gained by several investors. It is anticipated that after certain software upgrades and development, the ZIL coin can rise further. By the end of 2021, it is expected that the ZIL coin might reach the price of $1.

Some of the disadvantages of Zilliqa are:

How is Zilliqa Unique?

Zilliqa is one of the best projects with the sole objective of solving the blockchain scalability issue. Zilliqa has implemented sharding in the network, which helps to carry out several transactions per second and that too at a fast rate. The Zilliqa team is constantly working to improve the processes. Moreover, Zilliqa is the first to have a solution, whereas the other blockchains are still working on it.