Even as Bitcoin faces a slump, NASDAQ has other plans for the sector of cryptocurrency. 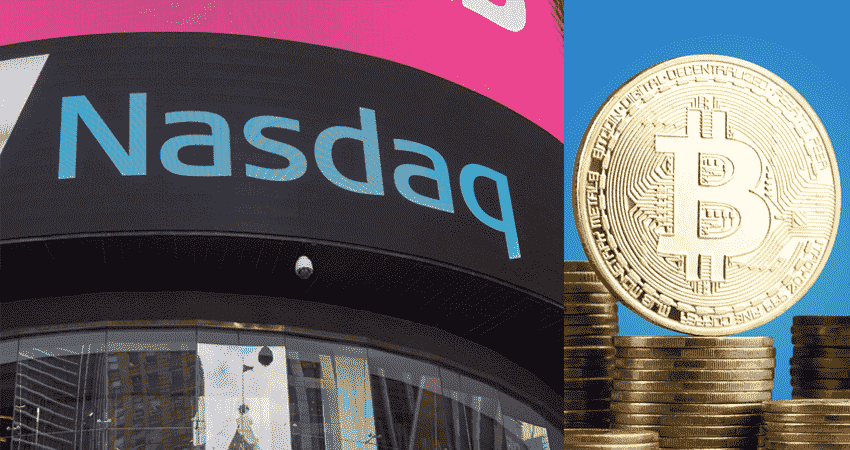 There has been a noticeable decline in the value of popular cryptocurrency, Bitcoin, as the plea of Winklevoss brothers to establish an ETF based on Bitcoin gets rejected. This plea was rejected by the Securities and Exchange Commission on the grounds that Bitcoin does not guarantee the safety and security that is required for the establishment of such a venture in this sector. Even though Winklevoss brothers put up a good fight against the reviews, SEC was firm that Bitcoin does not have the in-built to stand a chance against the negative forces of the market.

Even as the Bitcoin faces a slump, NASDAQ has a different plan as far as the fate of cryptocurrency is concerned across the world. According to the sources, the prominent cryptocurrency exchange NASDAQ has held a meeting with several prominent entities in the market for bringing virtual currency under the category of “asset”. That is, rendering it with the recognition, and therefore the legitimacy that is given to the assets right now in the economic sectors of different countries. This meeting took place in Chicago and was attended by various prominent leaders in the market. There were also discussions about propelling the reputation of virtual currencies such as Bitcoin in a more positive direction. Other factor that was discussed was the role played by regulations for the virtual currency and the how that would alter the markets and if considerable changes would be brought due to these regulations. Steps are already being taken in this direction as several Wall Street exchanges have expressed readiness to list cryptocurrencies as the assets on their platforms. It can be believed that NASDAQ is taking all the necessary measures to elevate the position of cryptocurrencies in the market.

The CEO of NASDAQ has also put forward the pending question of which will be the favorite currency once the necessary and complex phenomenon is carried out. That is , which currency will have the maximum acceptance in the market of cryptocurrency. Even though Bitcoin has been leading up until now, that does not change the fact that there is an ocean of currencies available to the consumers. In these circumstances, it is necessary to speculate that which currency will be embraced as an asset. The choice that is provided is between Bitcoin and the numerous altcoins in the market. The CEO of the company has not refrained from stating that these are just the first steps which are being taken related to the future of the market, but once this product based on Bitcoin is developed, it could serve as a strong investment which can be beneficial for those willing to enter the market on the long term basis. It was also said by the CEO of NASDAQ that there is little hope for the various Initial Coin Offerings as there are grave loopholes in their functioning such as an utter lack of honesty as well as a dire lack of security which is immensely essential in the modern markets.