BMW To Host MOBI – The Blockchain Based Tournament In Vehicles 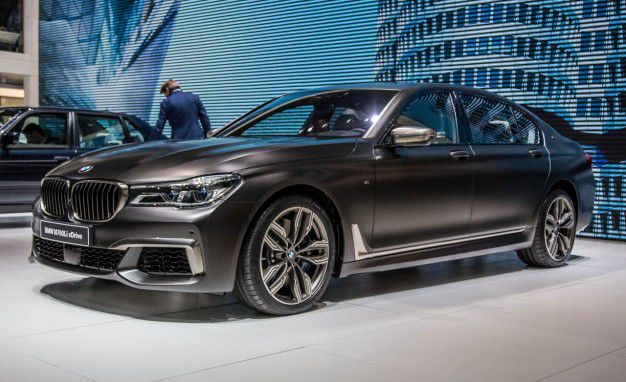 The Trusted IoT Alliance and the Mobility Open Blockchain Initiative have launched a tournament for blockchain applications in automobiles. It was the official news which was published on 10th of this month.

The new tournament entitled MOBI Grand Challenge which intends to develop ‘the first viable’ blockchain powered network of vehicles and system to coordinate machine. It offers data sharing and also to improves the level of mobility in urban conditions.

The three-year blockchain challenge will cover a number of events and also invites entrants to participate online internationally. Three- year blockchain is planning to award winners with over 1 million dollars’ worth of tokens.

The MOBI challenge will begin on 12th of October with its four-month challenge to showcase ‘potential uses of blockchain in coordinating vehicle movement and improving transportation in urban environments’.

The selected technologies from the first challenge will be demonstrated at an event hosted by MOBI community member. The MOBI group member is BMW group in Munich.

The results will be found in the first series of the MOBI grand challenge will be used as the basis to create the next challenges of the three- year tournament.

Ocean Protocol is a blockchain based data exchange protocol that is committed a prize of 1million dollars in tokens to the MOBI Grand Challenge. Beyond Protocol is a Silicon Valley-based company which is applying distributed ledger technology to secure internet of things devices. The firm has committed 250,000 dollars’ worth of tokens to be used on its protocol network.

The Executive Director of the Trusted Iot Alliance and a member of MOBI’s Board of Advisors Zaki Manian stated that mobility is a breakout IoT industry direction for blockchain. According to him, just a small percentage of companies have completed end- to- end proof of concepts in this area.

BMW has been trialing the blockchain technology to solve a range of problems. The automobile giant is also one of the founding members of the Mobility Open Blockchain Initiative (MOBI), alongside Ford, GM and others. The initiative was created to accelerate the adoption of distributed ledgers and related technologies in the automobile industry.

Other car manufacturers that have developed blockchain-based customer financing include Daimler AG who acquired PayCAsh Europe SA last year in a bid to launch its electronic payment services platform which includes a number of payment options, including Bitcoin. The payment service platform was part of Daimler’s “mobility and digitization strategy” which enable customers to pay for Daimler’s services via a smartphone device.